My Takeaways from MoSo 2015

My Takeaways from MoSo 2015

This was one of the things that stuck with me after attending a few sessions at MoSo 2015. The quote came from Rob Bryanton from Talking Dog Studios, in his session “Virtual Reality Demonstration”. It was pretty interesting to see some of the gear used to capture life in 360 video: creating fully spherical high resolution/high frame rate 360 video, such as a helmet mounted with 6 Go Pro cameras arranged in a cube. Participants at Rob’s talk also had the opportunity to try out some VR headsets that provided options to interact with the videos: the Google Cardboard and Samsung’s Gear VR.

It is a little mind blowing to think about how a video can be more than a single view or window into the reality of space and time. This means that a single video can provide a different experience to different people or during different viewing sessions, based on how the viewer chooses to interact with it.

There are definitely some very interesting things happening in the field of Augmented / Virtual Reality and they will begin to make their way into the consumer market at a faster pace than ever before. This demonstration has piqued my interest on the subject, and I’m excited to see what comes next, and to potentially have an opportunity to play around with some 360 videos soon.

The second session I attended was titled “The Art (and Value) of Saying No” by Ethan Adeland (Food Bloggers of Canada). Ethan proceeded to explain why Yes is easier than saying No, and the importance of recognizing when doing so is not in your best interest. He showed the difference between “No.” and “No, but…” and some tactics to qualify and quantify that answer and keep the conversation going.

This session was the most directly useful of the sessions I attended. It was aimed to empower us to be able to say “No” when something isn’t a good fit or would put us beyond our tipping point. I know I have struggled before with taking on some responsibilities or web development projects despite a bad gut feeling about them, and sure enough ended up not being able to handle them, making things more difficult than if I had said “No” in the first place.

The next session I attended was “ARGs Aren’t Dead!” by Steve Peters (No Mimes Media). I quickly realized I had forgotten that I already attended Steve’s similar session last year, so this topic wasn’t as new to me as I had expected but it did provide me with a refresher and update on the topic.

Promotional/marketing Alternate Reality Games (ARGs) are, according to Steve, the “single most addictive and immersive type of online game”, aiming to produce the experience of feeling like you’re in a movie. To do so, they engage players in the story, utilizing their personal cell phone, social media outlets such as YouTube and Facebook, GPS tagging and tracking, and so on, to create elaborate online and real-life treasure hunts and make the players feel as though they are actually interacting with the characters.

Some example of Alternate Reality Games:

The presenter’s main message was that these types of games are still being developed, played and are going strong, so join in on the experience! I am personally very intrigued and will be checking these out.

Finally, I attended the closing keynote by Michelle Salt, Canadian paralympic snowboarder. Her talk about “Growth Through Change” was deeply inspiring and superbly illustrated that through change, and despite the most difficult of events or circumstances it is possible to emerge strong and conquer the world if you set your mind to it. It was a good reminder to embrace change and always make the best of what life gives us. 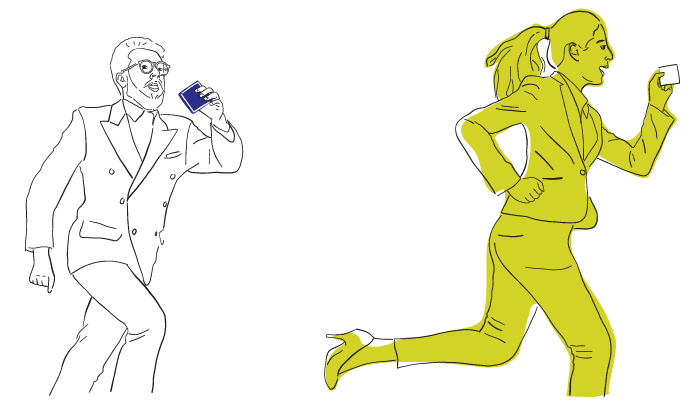 Hello Saskatoon. The Internet has arrived.